Rethink how you play chess.

Chesscourt mission is a 20+ level, single-player puzzle game spin with the controls and characters from the arcade classic known as "Chess"

The pieces are the same, but the game is not. Chesscourt mission re-imagines the game around them, with treacherous dungeons filled with traps and confusion. Take the role of Pawn, a determined servant to the king hoping to escort the King out of his dungeon entrapment. Can you help her take on this sisyphean task?

Saves will be persistent if you play using the same browser or executable, so don't feel the need to do it all in one go.

V2 UPDATE (Post-GameJam)
If you got stuck before the update, please give things another shot! If you made it all the way to the end already, some of the new bonus level might be more your style.
-New & Improved UI
- Greatly Improved Performance
- Sound & Music Options
- Move previews (optional)
- Move animations (optional)
- Greatly improved controls on mobile and added a mobile mode with a new zoom feature
-  New, extensive help menu
- Revised levels for a significantly better early-game
- 10 All-New Bonus Levels, with new & improved puns
- Compressed music for way smaller in-browser file size
I've added an option to donate, its not required but now the game has become something I feel worthy of getting money for. Any donations would be greatly appreciated <3
V2.1
- Fixed some serious issues with the secret world when animations were enabled
- Added "help" to the main menu
- Version number is now shown in the credits menu
V2.2
- Further compressed the web version (now only 6mb, including engine!)
- Added icons to settings menu & reordered & increased close button hitbox
- Linux build now tested and available
- Android apk now available! Open the file and tap install
V2.3
- Added controller support to all versions
- Added Nintendo Switch version (requires HBmenu)
V2.3.1
- Small fixes relating to controller mode & switch
- Dynamic icon on android

I MADE A DEVLOG!

Controls (Now also in the in-game help menu!)
Keyboard & Mouse:
Click to move and capture
Z to undo (or middle -click)
R to reset
M to return to menu

Touch:
Tap to move and capture
Swipe left to undo

Made for Miz Jam 1
Note for Judges or cheaters:
Holding 'M' 'I' and 'Z' keys at the titlescreen will unlock all levels for level select, including the 10-level secret world. However, each level is mean to teach something to the player and skipping any might just lead to confusion. This may effect your save data.

Mac Version Notes:
If you get "this package is from an unidentified developer" right click (or control-click) and select open. You should now get the option to open anyways.

Linux Version Notes:
Make sure to set the x86_64 as executable before running.

Credits:
Game by Ethan Medeiros (Me)
Art by Kenny (as per jam rules)
(Royalty Free) Music by Oscar Azcautli, Phantom Sage, and Gallium

The original version was made in 48 consecutive hours, but only about 36 were used to actually develop (I timed it) and Miz Jam rules allow your 48 hours to be non-consecutive. The total active development time, including game-jam updates is about 40 hours, still well under the 48 hour limit. The v2 update took an additional 6-or so hours so it probably would have still been under the time limit. It wouldn't have been possible without the playtesting and feedback of the jam,

This game is so epic! I'm new in godot and have been trying to figure out how to do the whole chess set up. You are amazing, great work!

If you want, feel free to DM me on discord (threethan#6529) if you want some help.
I'd say to check out the source, but please don't. It was made with some assumptions that ended up being entirely false, and I couldn't justify a total cpdwe rework for a jam game.

Oh my goodness, finally got through the game and I just gotta say that this was such a fun puzzle game! At times it made me frustrated but I was always drawn back to try and figure the puzzle out! The secret end was super interesting with the whole concept of using checker pieces as well!

I swear we were joking about this exact idea in the discord voice channel 2 hours ago...

with the same name...

Ha! I promise I didn't copy anything intentionally (well expect maybe Baba is You for some of the color schemes and puzzle design style)

I also though "Chesscape the Dungeon" would be a better name but I'd already built the game at that point so if you want to try a similar idea feel free to use that as the title. 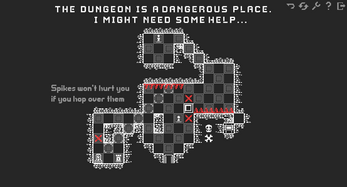 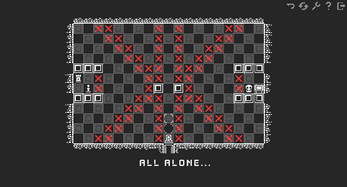 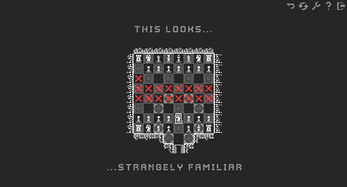 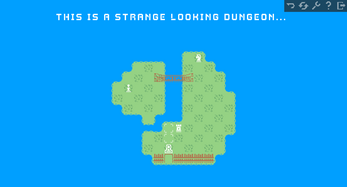 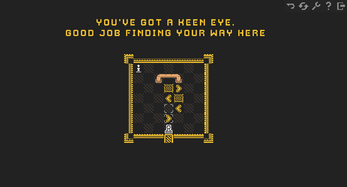